Golf Australia is the most widely read golf magazine in the country, according to two recently published readership surveys. 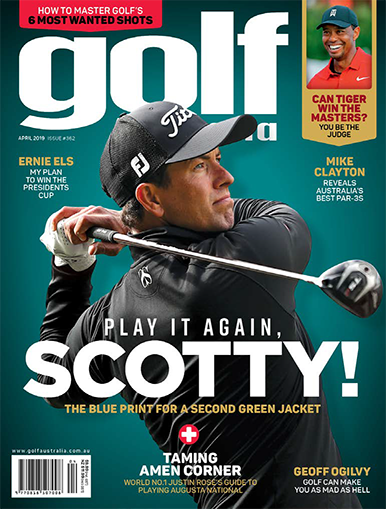 These new figures follow the release last month of the Roy Morgan# Print Readership Survey for the 12 months to December 18, which revealed Golf Australia had grown its readership by 27.5 percent on the previous 12-month survey period to reach 88,000 readers per issue.

This placed Golf Australia at No.8 for readership growth across all 105 magazines surveyed by Roy Morgan. It also showed a widening in the lead established by Golf Australia over Australian Golf Digest, which averaged 63,000 readers per issue – an average of 25,000 less readers than Golf Australia per month.

“These figures are testament to the fact magazine publishing is far from dead,” Golf Australia Editor Brendan James said. “Both surveys reveal Australians continue to enjoy reading magazines and the growth Golf Australia has achieved during the past two years is the result of a lot of hard work and listening to the wants of our growing legion of readers.

“They have told us they want high quality, informative editorial content that keeps them engaged for longer, and we have delivered on that.”

The impressive result for Golf Australia follows on from the continued success of its online weekly publication, Golf Australia Express, which boasts 30,000 subscribers.

*#Golf Australia – published by Next Media – and Australian Golf Digest are the only Australian golf publications to be surveyed by EMMA and Roy Morgan.